This book was granted a: 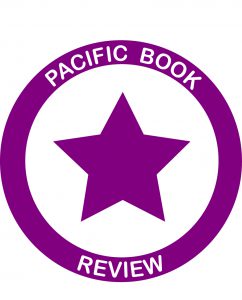 In 1994, Lisbeth Ejlertsen visits India and takes the first steps on a “life-changing” journey. The Spiritual Wisdom of India and its postscripts chronicle her exploration of the myriad paths to enlightenment she discovers in that country and through its gurus over the following two decades.

Ms. Ejlertsen offers explanations of many tenets of Indian spiritual philosophy, as well as relating personal experiences that propel her spiritual growth. The book will be of great interest to those seeking to delve deeply into Indian spirituality. Additionally, casual readers can drop into almost any chapter of The Spiritual Wisdom of India and discover valuable insight.

Ms. Ejlertsen begins by relating two powerful experiences that open her up to “the existence of something bigger than us human beings in this world.”
At twenty-two, she receives “clarity” about the transitory nature of all things.
Four years later, during fall, Ms. Ejlertsen becomes aware of the ability for “human consciousness [to] exist on several different levels.” These realizations “arouse [her] interest for the spiritual side of existence.” She becomes a “mix of two opposites”: her rational side fueled by her education as an electronics engineer, and her emotional and intuitive side.

When first arriving in India, Ms. Ejlertsen is struck immediately by the enormous gulf between rich and poor, and by the lack of humanity and compassion flowing from the wealthy toward the less fortunate inhabitants of the country.

Additionally, India’s living conditions and overcrowding have a profound impact on her. However, these contrasts help Ms. Ejlertsen understand the need Indians as individuals have for “a quiet place within oneself.”

The opening chapters of The Spiritual Wisdom of India introduce the Vedas (the world’s oldest scriptures). The Yoga Philosophy and the basic tenets of Hinduism are also explained, including the Bhagavadgita (the Hindu “Bible”). Using the Elephant God, the Hindu god best known to non-Hindus, Ms. Ejlertsen illustrates the meaning behind the sacred, exotic manifestations of Hindu gods.

Astrology as practiced by the Rishis (seers with highly developed levels of consciousness) is discussed as are the nature and predictions of the less exalted Palm Leaf Astrologers. Ms. Ejlertsen’s interactions with a Palm Leaf Astrologer and the predictions she receives are recounted. The outcome of those predictions and the affect they have on her life are revealed in one of the book’s postscripts.

Ms. Ejlertsen’s studies with a succession of esteemed gurus provide perhaps the most enlightening portions of the book.

Throughout her adult life, Ms. Ejlertsen has challenged herself to grow beyond the boundaries set by her rational mindset and her career education. Readers willing to open themselves up to things of the spirit will be richly rewarded by The Spiritual Wisdom of India.

Ms. Ejlertsen provides an easily understood introduction to the teachings of various Indian philosophies, and she expands on that introduction by sharing her personal story of exploration and growth.

This book is erudite, spiritual and very enlightening. The author writes honestly and candidly about the customs and values of the people she meets, neither romanticizing nor criticizing. I highly recommend The Spiritual Wisdom of India to the students of Hinduism and those who wish to understand what keeps India alive, vibrant and relevant today.